I’m not quite sure how to start this piece. As I write this, we’re coming up on the third weekend of ongoing anti-government protests in Ottawa. These protests are different than past protests in a lot of ways: more dangerous, and more disruptive to the everyday lives of people who live near Parliament Hill. Others have written about this better than I can: Lucas’ newsletter from a couple weeks ago gives a first-hand overview; and Justin Ling, Judy Trinh, and Ian Austen have all provided excellent coverage.

Heather and I moved from Ottawa to Whitehorse in 2019; I haven’t been back in Ottawa since the pandemic began. But seeing the photos and news coverage of trucks and protestors on the streets where I lived and worked (and hearing stories from colleagues who are directly affected) has been really discouraging.

What I feel most is concern for the safety and well-being of friends and colleagues who live and work near the protest areas. But the feeling right alongside that one is sadness: sadness for the protestors, really, which is a hard feeling to explain. For protestors coming to Ottawa from other parts of the country – particularly from western Canada, where I grew up – it dawned on me that many of them had probably never been to Ottawa. And the sadness that I feel, somehow, is that the experiences I’ve had visiting Ottawa at different points throughout my life aren’t the experiences they’re having.

I grew up in Moose Jaw, and the first time I ever travelled to Ottawa was between Grade 5 and 6 for a national Heritage Fair. Flying in with the small delegation of Saskatchewan students and chaperones was the first time I had travelled on an airplane without my parents. At the end of the week I’d be presenting my “Farm machinery in our heritage” display complete with model tractors and combines borrowed from the Acklands-Grainger dealership, a balsa wood plow pulled behind two plasticine oxen, and stories from my mom and grandpa growing up on a farm.

My memories of the trip are pretty vague but I remember arriving at the luggage area of the Ottawa airport in time to watch two old ladies walk out the exit doors with my suitcase. 11-year-old me was too shy to ask them about it, and I waited to see their identical flower-patterned suitcase arrive on the luggage carousel instead (mine was a hand-me-down from my grandparents; classic). The Heritage Fair organizers set me up with a borrowed sleeping bag and somehow tracked down my original luggage by the next morning. The rest of the week was a whirlwind of kid-friendly Ottawa tourist sites (the Museum of Nature, a cabane à sucre), and then presenting our displays in the main hall of the Museum of Civilization (now Museum of History). 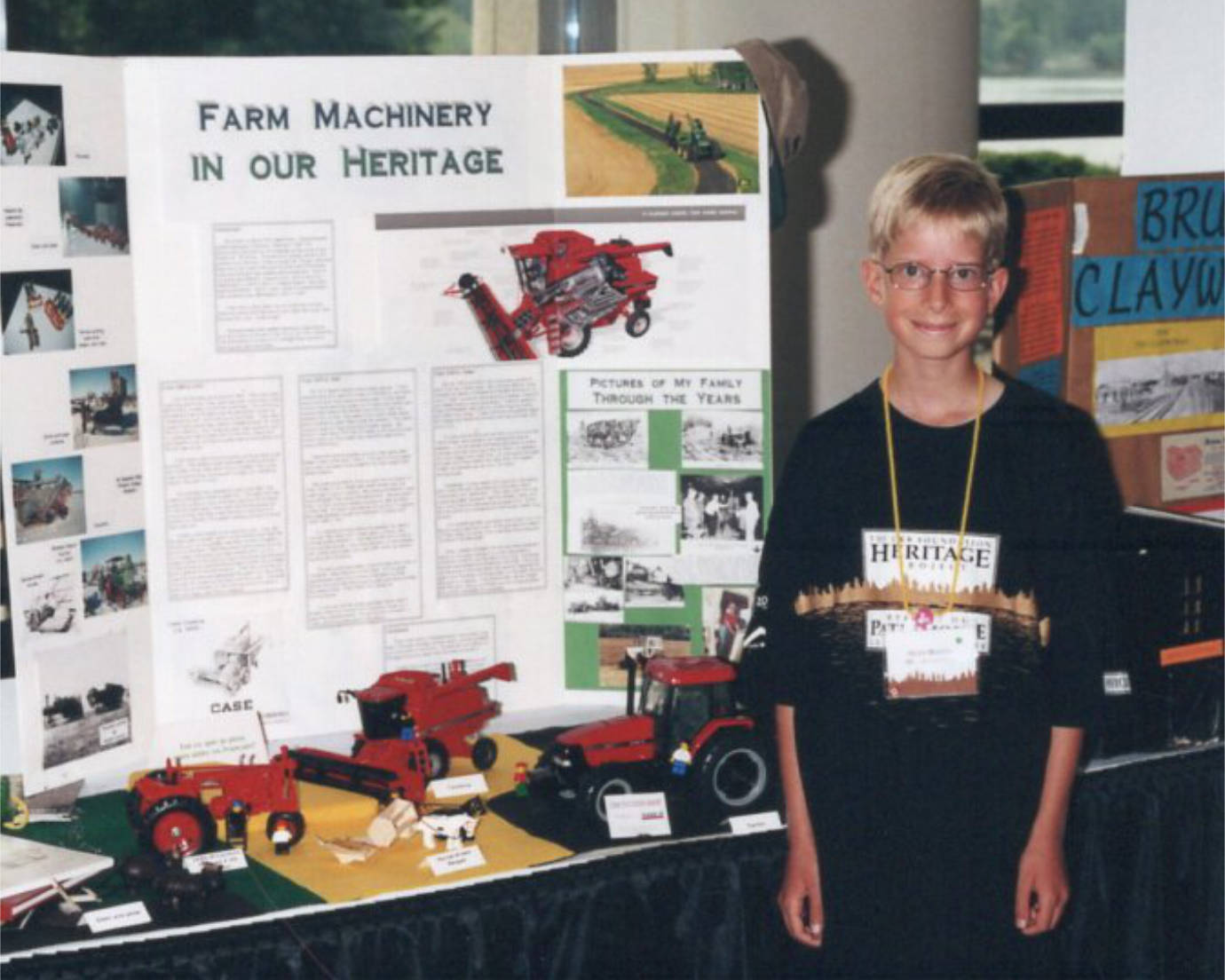 My second visit to Ottawa was in between Grade 9 and 10; our high school had been selected to represent Saskatchewan at a Canada Day choir festival of some kind, where – alongside other school choirs representing each province and territory – we’d perform at the National Arts Centre. Pinchas Zukerman (then the NAC Orchestra conductor) led the performance, and we practiced Canadian folk and contemporary songs – Un canadien errant, a song about Ontario that I can’t quite remember – all week leading up to it.

Getting to Ottawa with the school choir was an adventure of its own; to save money, the parents and students had collectively decided to take a Greyhound bus from Moose Jaw to Ottawa instead of flying. The forty-hour trip included a lot of northern Ontario rocks and trees, a very distressed-sounding bus transmission, and half of the choir getting food poisoning from the diner in the Thunder Bay bus depot. Which was …not a pretty sight.

But we made it to Ottawa, we explored the Byward Market and the museums and we practiced our song repertoire in churches and cathedrals; we performed at the NAC on Canada Day and we watched the fireworks and celebrations on Parliament Hill. The cheer and enthusiasm and happiness that we all felt as we got back on the busses at the end of the night – our choir and others spontaneously breaking into song together – was surreal. As my dad (one of the chaperones on the trip) said, everyone in Canada should experience Canada Day on Parliament Hill at least once. 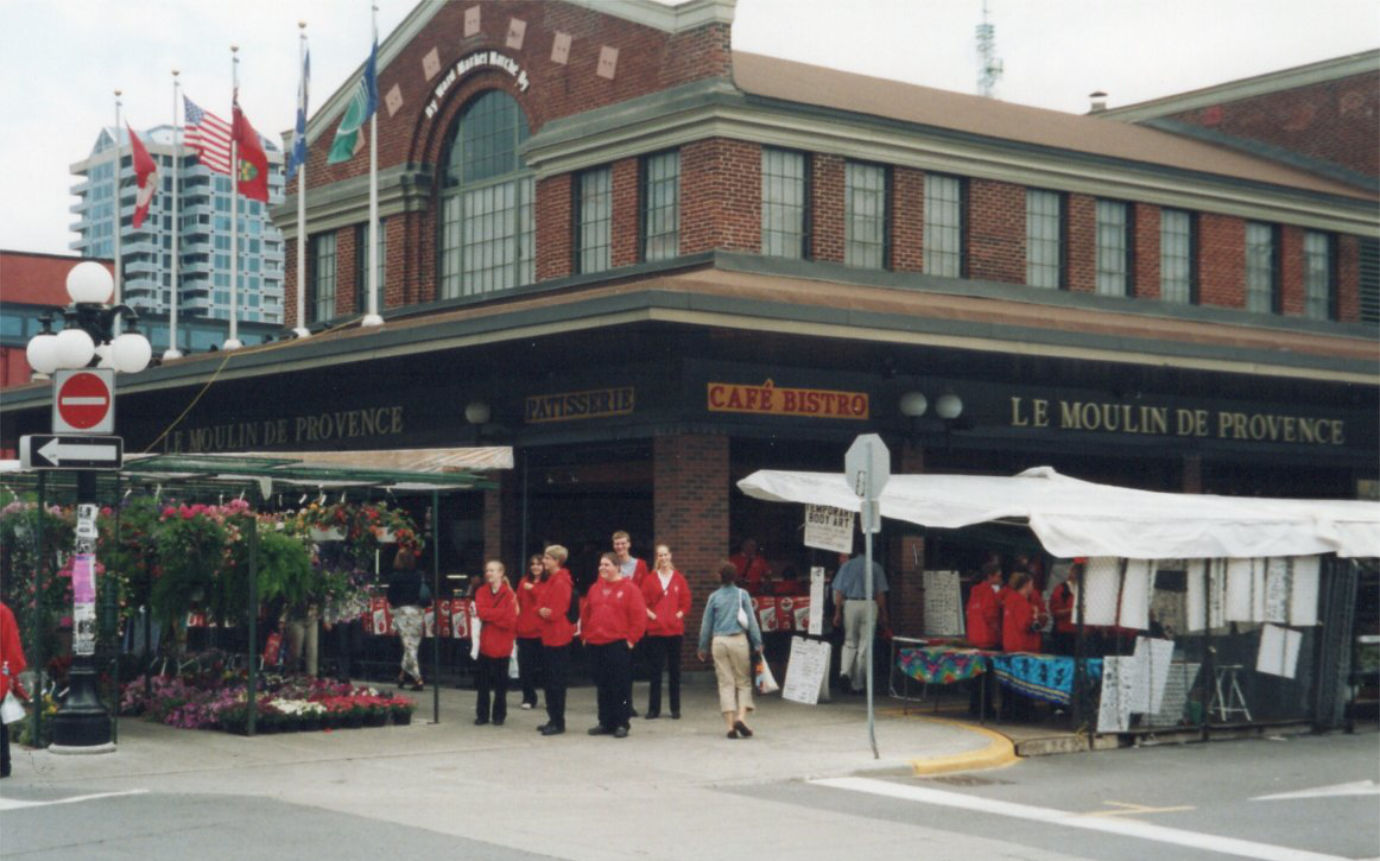 When I finished undergrad, I moved from Saskatoon to Ottawa for grad school. There, I found kindred spirits who were just as much of politics and public service nerds as I was. Our crew at the University of Ottawa’s Graduate School of Public and International Affairs, we told ourselves, was more chill and down-to-earth than our contemporaries across town. The professors and guest lectures and academic events regularly knocked my socks off: here were real live diplomats and retired public servants and journalists coming and talking to our classes. On days when it was too snowy to bike in, my bus route to the university would go right by Parliament Hill. Even after a year of classes it was still a novelty.

I left Ottawa for work and came back a few years later; from then until 2019 it was home, and so many of Heather and I’s friends still live there. That’s why the protest news coverage has been so jarring: those are the streets I biked to school on; that’s the Byward Market corner where I’d meet up with a friend for gelato; that’s the building two buildings down from my old office.

For the protestors coming into Ottawa over the past two or three weeks – many of them coming from western Canada, where I grew up – I wonder: what was the experience like to arrive? What did they think or feel when they saw the Parliament buildings, pulling in? What kind of place did they think they arrived in?

From a distance, I could imagine it being something like arriving in enemy territory, this foreign place where “the government” lives and is out to get you. An enemy map in a video game, where you emerge – armed with your truck horn – ready to do as much damage as you can before the authorities shut you down.

But then …they never do. And if this is a video game, the NPCs aren’t NPCs: they’re real people with normal everyday lives, that just happen to live in the blocks near Wellington or Sussex. They’re collateral damage for the unhappiness you’re expressing, a nebulous target for things that have made your life unhappy – largely, provincial public health protections that were put in place by different governments in, say, Edmonton or Regina or Toronto.

And this is where my warm, fuzzy memories of Ottawa clash with the clear imperfections it has, as a city. The Ottawa Police, for example – known to have a systemic racism problem – have been conspicuously hands-off as a bunch of white supremacist (or white supremacist-adjacent) protestors arrived in town. The tepid police response has been stunningly different from the heavy-handed reaction to past, peaceful demonstrations by Indigenous and Black Lives Matter advocates.

And Ottawa itself, shaped politically by a 90s amalgamation process that disenfranchized the citizens of its urban core at the expense of its suburban and rural areas, has done little to compensate for this inadequate response, and little to support and protect beleaguered downtown residents. (Despite the continuing efforts of the city’s urban city councillors, who are brilliant – Catherine McKenney in particular, who would make a phenomenal mayor.) It could all be a lot better.

I’m frustrated; I’m worried for friends and colleagues. But mostly I’m sad, that the protestors who have camped out for the past few weeks never experienced the genuine joy that I felt each time I arrived in Ottawa, from a child to a grad student to a somehow grown-up person. The Ottawa of Canada Day celebrations and national museums, of indie shows at the Bronson Centre or orchestras at the NAC; the Ottawa of biking along the canal; the Ottawa of Jericho restaurant and Kettleman’s Bagels and Italian grocery stores; the Ottawa of Rideau Centre food court food on the way from work to a civic tech meetup.

There’s a lot that I worry about, these days, and the past few weeks of Ottawa protests have made me realize that we have even more to worry about: gaps in our society where white supremacy has grown; fear and misunderstanding of public institutions; misinformation and conspiracy theories winning out over evidence-based policies; systemic racism deeply embedded in police forces and in Canadian society at large. Addressing each of these issues are years and decades’ worth of work ahead.

In the meantime, I’ll end with this. Ottawa: it’s a real city, with real people in it, and it’s a city that I love a lot. 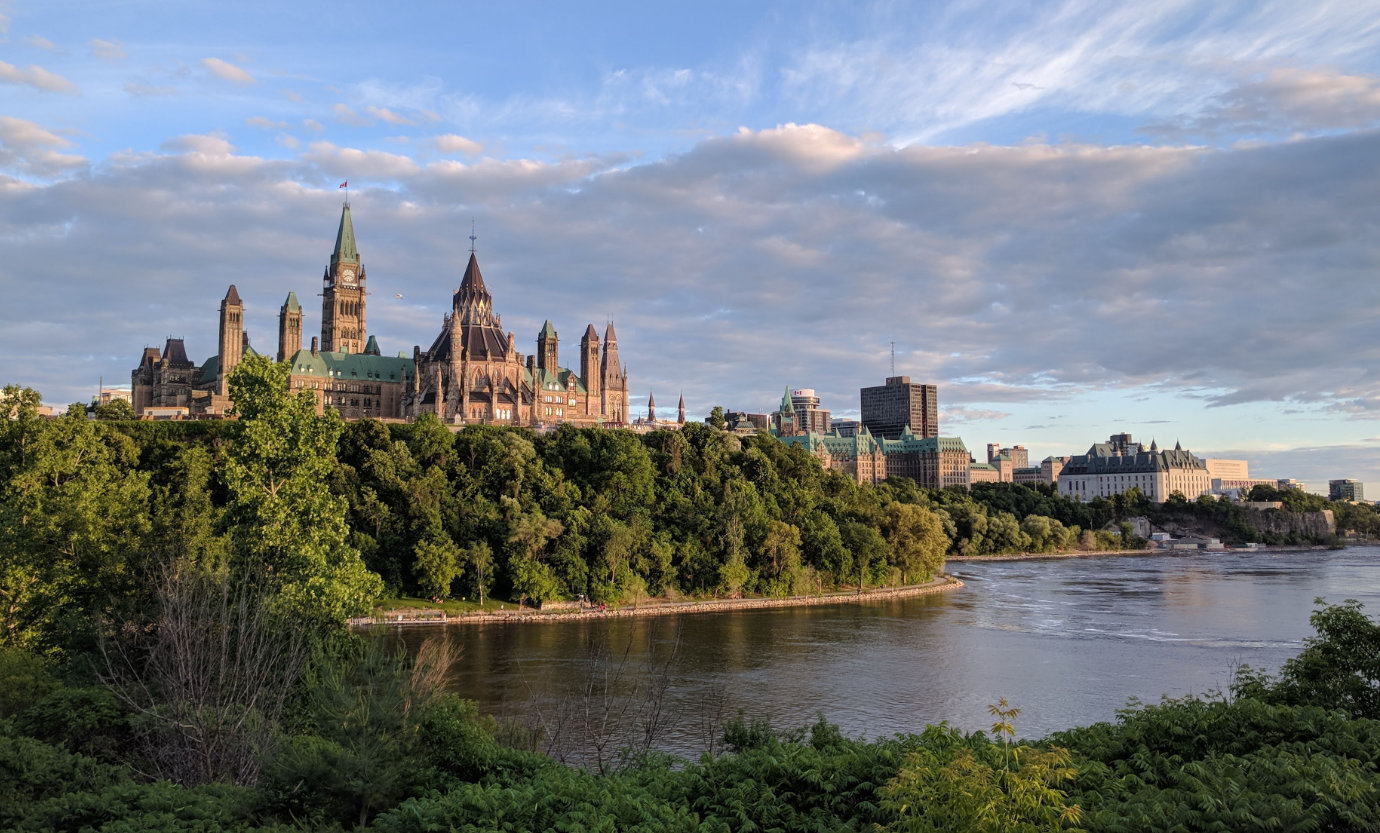 I’m a public servant working on technology in government. I’m currently based at Carleton University as a Public Servant-in-Residence. You probably know me from Twitter.