Christopher Scipio is a long-time champion for a more diverse, equitable, and anti-racist public service. He’s currently the senior strategic advisor to the Black Executives Network, and has previously worked in a number of policy roles at the Department of National Defence, Employment and Social Development Canada, Innovation, Science and Economic Development, and Justice Canada. We’ve been Twitter friends since 2014 and his perspectives on the challenges facing the public service today are always insightful, candid, and eye-opening. We chatted by email in August.

How did you get started in the public service? 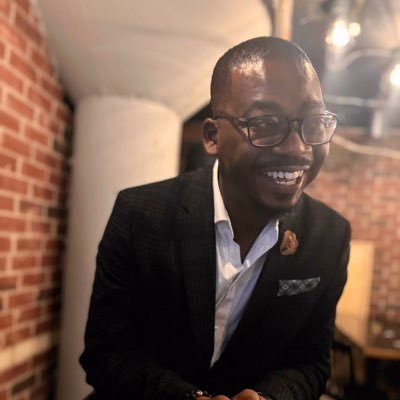 I am the first person in my family to work in the federal public service. I joined the public service in 2010, as a student analyst via the Policy Research Affiliate Program (PRAP). My first job was at Justice Canada working on access to justice for vulnerable Canadians. I started with the Public Legal Education and Information (PLEI) program and after a few months I joined the legal aid team.

At the end of the summer, the team I was working on didn’t have an available box or funds to bridge me in as an indeterminate employee – so I had to leverage the networks I had developed over the past six months to find another team to join at Justice. Looking back, those few weeks were so stressful because I was still new to the public service, and I didn’t have a large network to tap into. Fortunately, there was a new unit being set up and they were looking for staff, so that was my bridging opportunity. The team was responsible for change management and corporate reporting.

I spent six years at Justice Canada before going to ISED for about year to work on digital government and then to ESDC to work on the temporary foreign workers program. National Defence was the next step on my career journey and right now I’m on an assignment/interchange with the Black Executives Network.

Most of my twelve-year career has been in strategic policy work though I did program delivery for about three years.

I honestly feel that my career has had many inspiring moments. I love being a public servant because I love being able to do impactful work.

In 2014-15, while at Justice Canada I was the co-lead for the Indigenous Policy and Programs Innovation (IPPI) Hub. We were using design thinking to better understand the factors contributing to the overrepresentation of Indigenous Peoples in the criminal justice system, both as victims and offenders. At a time when policy innovation was the buzzword in the GC and public sector innovation labs were being set up to tackle wicked problems, we decided to tackle one of the most “wicked” – the lack of access to justice for Indigenous Peoples. It required confronting the colonial legacy and systemic racism of the criminal justice system.

I remember some of the first engagement sessions we designed, and communities being surprised that we were coming with our post-it notes and writable walls and wanted to hear directly from the impacted communities about their ideas. “Lived experiences matter” was our mantra, and we were intentional about how we worked. We wanted to shift the power dynamics and wanted to make space for Indigenous Peoples to define the policy issue and identify the solutions that they wanted, not what some bureaucrat thought was best.

We had a beginner’s mindset. We were trying to be innovative but not just because it was “cool” – rather, we wanted to work differently and work better. We committed to respecting Indigenous ways of working, and one of the first advisors we had was an Indigenous Elder. She showed us how empathy, curiosity, humility, and love for the communities we were serving would lead to solutions that would have a more positive impact on those most affected. It was a pilot project so we didn’t get to see all of our ideas and plans come into fruition, but we know that with the little time we were around, IPPI Hub did something very special.

The other memorable moment is the work I am doing right now to address anti-Black racism in the public service. In February 2022, I joined the Black Executives Network/Le Reseau des exécutifs noirs as the senior strategic advisor and lead for the Secretariat. BEN/REN is a community-driven employee network for Black Executives. BEN/REN provides support to Black executives and works with the Government of Canada to address anti-Black racism. Some of our priority areas include mental health, data and research, and talent management.

Did you know that there are 6,717 executives in the federal public service but only 128 who identify as Black? That’s just 1.9% of all executives, even though Black Canadians represent 4% of Canada’s population at present and are projected to be 5.6 to 6.0% by 2036. Anti-Black racism not only prevents Black talent from reaching their full potential, but it also prevents the public service from harnessing the full talents of brilliant Black public servants who are committed to the public good and want to help solve the challenges we face as a country.

A lot of my work entails collaborating with others to bring about the changes BEN/REN endeavours to see. And putting on my GBA Plus advisor hat (prior to joining BEN/REN I was a Senior GBA Plus Advisor at National Defence), to properly understand and respond to anti-Black racism you must recognize that Black women, Black persons with disabilities, Black LGBTQ2S+ experience racism differently from able-bodied cis-gender Black men. This work has a real impact; there are people working today and those who worked in the past who faced career stagnation and negative mental health outcomes because of the anti-Black racism they had to endure. We must do better as a public service. I am determined to do my part to reduce the negative impacts.

I am fortunate to work in a space where I am not the “lonely only” and I don’t take that for granted. When I turn on my MS Teams and enter meetings, I know that there will be many faces like mine on the screen. Every day, I am working on initiatives to unblock the talent pipeline, to help foster inclusive and anti-racist spaces so that Black public servants from coast to coast to coast can feel psychologically safe at work. This work comes with great responsibility, but it also gives me great joy.

A few years ago, I realized that when I retire from the public service I want to know that I was a Good Ancestor, that I made things a little bit easier and a little bit better for those who will come after me. I want to leave a legacy where I used my voice, my influence, and my ability to amplify the voices of those who we don’t hear from because they have been intentionally silenced. I want to use my social capital to make space for others and to give others more opportunities.

If there was one thing you could change about government/the public service, what would it be?

There are so many things I would change. First, I would decentre whiteness. Often in equity-seeking spaces, Black, Indigenous, and Racialized people who belong to that equity-seeking community are marginalized and face further exclusion. Often when GBA Plus work is done, the default impacted person is the white LGBT person or the white woman. For some reason the default is always white. That needs to change. We need to understand that within every community there is diversity and that some policy issues require centring a different perspective.

I also want us to have a public service where people are hired for what they are capable of doing and not just what they did in the past. There is so much untapped talent in the public service. I know too many talented public servants who are overqualified and under-classified. Especially in the regions. We need to be serious about equity and inclusion, and that requires us to apply anti-racism and anti-oppression approaches. Where we equip, in an equitable way, public servants with the work tools and learning opportunities (including language training and leadership training) so that folks can take on new challenges.

I want to see a public service where more faces look like mine at the decision-making tables, because I know the public service will only be the best version it can be when no talent is left behind.