Sameer Vasta is a founding member of the Ontario Digital Service and one of the kindest human beings I know. He currently works on the Talent team at the Ontario Digital Service and until recently taught the “Government in a Digital Era” course at the University of Waterloo’s Masters of Public Service program. Sameer is on the board of several community organizations, an advisor to a number of small non-profits, and a mentor to early-career public servants. And he’s a brilliant and thoughtful writer. We’ve been friends on the internet for years and I’m so glad he could be part of this series! We chatted by email in June.

How did you get started in the public service? 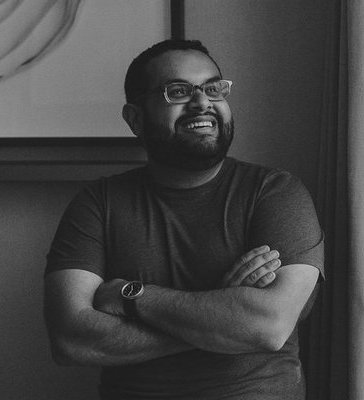 My first ever job was as a summer day camp counsellor for a day camp run by the City of Toronto. I was tasked with taking care of a group of sometimes-unruly children for eight weeks during the summer; I absolutely loved it.

I didn’t realize then that I was, effectively, a public servant. I wasn’t caught up in the machinery of government, or in the bureaucracy: all I knew is that I was providing a service to these kids and their families, and that I was having a blast while doing just that.

Eventually, I went from camp counsellor to coordinator to working on administration for a little while. I started to learn a little bit about what it meant to work in a bureaucracy, what it meant to work in the service of the public. What I didn’t forget, however, was the immense joy I got from working with those kids, and from knowing I was helping and making a small difference in their lives.

Many years after I stopped working for recreation programs, I was working at a startup when I realized that I wanted a bit of a change of pace. Someone introduced me to David Tallan – a leader in the Ontario public service who is responsible for bringing an incredible amount of talent into government – and we started chatting about the work he was doing on the eGovernment file, as it was called back then. I knew then that this kind of work was the right work for me: it was not only something that was going to have some meaningful impact on the people around me, but it was going to be work that I loved doing, too. I joined David’s team shortly after that, and it was the first step in my career in what we now call digital government.

Over the past two decades since then, I’ve spent time going in and out of public service. When I was ready to learn something new and try on a new adventure, I spent some time working in non-profit organizations around the world, but I always found myself drawn back to the public service in the end. It was the place I felt like I had the most impact, but also had the most fun, despite all the challenges. I went from eGovernment to Open Government to now Digital Government, and in all that time, I’ve continued to keep having fun through it all.

I’ve been incredibly lucky to have had the opportunity to be a part of some amazing teams working on incredible projects and programs in the public service so far – it has been a career full of inspiring and memorable moments, and it’s hard to pick just one.

Over the past few years, I’ve been making a more conscious effort to help mentor and support younger public servants – and aspiring public servants – to help them chart a path through the public service that they would find fulfilling. I’ve had the opportunity to teach at a couple of universities as well, and through those opportunities, I’ve met some of the most ambitious, smart, and committed young people.

My most inspiring moments in public service always come down to one thing: seeing people grow, thrive, succeed, and flourish. I get a flutter in my chest when I hear of one of my former students getting a role in the public service they have been working hard towards. I break out into smiles when I hear of someone whom I have mentored getting the opportunity to work on something they care about deeply. My heart is overjoyed when I hear of colleagues and friends excelling in their journeys through the public service.

Maybe that’s why I’ve been so drawn to working on issues around talent in the public service. I believe that the public service is successful when the people in it are given the opportunity to do their best work, and to grow and learn as they do that work. I believe that investing in the people who do the work of serving the people is fundamental to the success of government; that good people, when given the right environments, can do great things.

I’m grateful to have had the opportunity to teach future public servants at universities and to have supported current ones through my work in Talent at the Ontario Digital Service. Helping people grow and thrive in their public service journeys is the most fulfilling, and inspiring, part of what I do every day – and it’s also the most fun.

If there was one thing you could change about government/the public service, what would it be?

Ask any public servant that question and I know you’ll get a ton of answers: there’s so much we can change to make things better! Before I jump in with some of my thoughts, I did want to remind ourselves of one thing: there’s also so much we’re doing right. Sure, the public service isn’t perfect, but every day we do our work is another day where we’re helping people live better lives. Of course, there is much more we can do, and a lot of people who need much more support, but it’s important to remember that the work we do makes an impact, and that’s because we’re doing at least a few things right.

There is, of course, much more to do. I remember when we were first in the process of founding the Ontario Digital Service – there were just a few of us in the room at first, and our singular focus was to create a structure (and eventually, an organization) that could model how to do things differently, and hopefully, better. We had to figure out what rules we had to follow, what rules could be bent, what rules needed to be changed, and what rules weren’t actually rules at all.

During that work, I was mostly obsessed with people: who needed to be in the room, and what kind of environment we needed to create so those people could thrive. That’s where I’d love to see some change in government: a more concerted focus on people. It’s not work that Human Resources, at least as it is structured right now, can do effectively; any organization that thinks of people as “resources” rather than discrete individuals to be nurtured isn’t in the place to be creating that change. (Not to mention, HR often works in service of leadership, rather than in service of the organization.)

I’d love to see our “People” functions in government start to really invest in understanding what matters to people in the public service and giving them what they need to flourish. This may mean doing things a little differently than we used to – breaking some rules or creating new ones in the process – and it definitely means changing the focus of our people administration from policy and process to empathy and understanding.

This isn’t easy work, and it can be hard to conceptualize, especially in extremely large organizations. But it is crucial and important work. The public service is only as good as the public servants within it, and these public servants can only do their best work if we’re giving them structures and systems in which they feel supported, safe, and empowered. Let’s move beyond HR and towards a place where public servants aren’t managed, but instead invested in. When we create a space where our people can grow, learn, and thrive, the public service, and the public, benefits.